What’s the one thing that’s on every racquetball player’s wish list?

Well, besides developing the superpower to make physics-defying shots, of course. Next on the list has to be getting a racquet that perfectly suits your style of play, no?

It might seem like a trivial task, but picking the right racquet is probably the most nerve-wracking decision for a player of any skill level.

So, today let us take a look at Ektelon racquetball racquets: yay or nay?

Ektelon is synonymous with the sport of racquetball.

While racquetball was invented in 1950 by Joseph Sobek, Ektelon was founded in 1964 by Franklin Held.

That 14-year gap between the two occurrences might not mean much to you now.

However, what if I told you that Ektelon was the first company ever to manufacture racquetball racquets?

Not only that, but this company was also the first to manufacture stringing machines of any kind.

The name “Ektelon” comes from a combination of two Greek words: “ektein,” which means ‘to stretch out’ and “telon,” which represents the concept of perfection.

The brand was founded to manufacture nothing other than pure perfection, and I’d say they have lived up to that pretty well.

Their first experimental racquetball racquet manufactured in 1970 was designed specifically for the legendary player, Bud Muehleisen.

After that was a success, in 1971, Ektelon went on to introduce the first high-strength aluminum alloy racquet, which was suitably named the Magnum.

After that, the company when to on to make legendary inventions in manufacturing racquetball racquets.

Their use of advanced materials and revolutionary patented technology has played an enormous role in advancing the sport.

Ektelon is credited with having introduced a number of racquetball racquet firsts, including:

Over the years, Ektelon racquets have consistently positioned athletes at the top of the game.

Ektelon players have achieved numerous feats, including winning multiple championships, holding world records, and being inducted into the USRA Hall of Fame.

All this speaks of the superior quality of Ektelon racquets, which players like Dave Peck and Ruben Gonzalez have used all along.

Ektelon was the first brand in racquetball. In a timeframe spanning over five decades, they have been indispensable in the innovation of the game.

This brand has revolutionized racquet shapes and sizes, as well as strings and stringing systems.

The Ektelon Toron was first introduced in 1985, and it was the world’s first oversized graphite racquet.

After that, came the ESP RG Toron introduced in 2014, and there has been a series of other Toron racquets released since then.

The Toron series of Ektelon racquets belong to the 4000 power level series.

Meaning these racquets are designed for a high level of power, all the while upholding the stability of the racquet.

Double Power Ring (DPR) technology is one of the innovations included in these racquets, to increase string length and enhance the power of the racquet.

TeXtreme® material has also been used to give superior racquet strength, which allows it to deliver power, control, and accuracy.

Initially introduced in 2007, the O3 White was used by Ruben Gonzales on the Pro Tour.

The frame of this racquet is made from GraphitXtreme.

The GraphitXtreme is infused with Carbon Kevlar technology that’s been placed at the top corners of the racquets.

The use of Carbon Kevlar enhances the strength and power of the racquet, all the while keeping its weight low, at 165g.

The Quadraform head shape of this racquet means that there are more main strings, which makes the racquet ideal for players who use more finesse while playing.

Tat the same time, the O-Ports also enhance the aerodynamic properties of the racquet, meaning there’s reduced drag so the player can enjoy faster swing speeds.

The Inferno Pro 160 is a very lightweight racquet, making it ideal for players who prioritize accuracy and control over power.

This racquet, the frame is made from granite infused with TeXtreme® and Twaron technology.

TeXtreme® is a revolutionary, incredibly lightweight material used in NASCAR and Formula 1.

It is infused in strategic corners of the Ektelon racquetball racquet frame to give it superior strength and stability.

Therefore, TeXtreme® reduces frame twisting while Twaron reduces vibration to give an improved feel and a crisper sound upon impact.

The traditional teardrop head shape of this racquet provides a wider optimal hitting zone, which makes the racquet very forgiving.

The TeXtreme Longbody 165 falls under the 5000 power level series, which means this is the most powerful racquet manufactured by Ektelon.

This racquet is 22 ½ inches long, meaning a player can better reach for and grab balls.

Additionally, the modified teardrop shape of the racquet provides a sizeable sweet spot, which makes it very forgiving.

How can such a lightweight racquet pack so much power?

Well, the combination of GraphitExtreme and TeXtreme materials means that the racquet has increased frame strength, for improved torsional stability.

The design not only guarantees frame durability, but it also means that the lightweight racquet can deliver power and control.

Extreme String Pattern (ESP) and EX03 technologies have also been incorporated within the Longbody 165.

This is whereby the mains wrap around two power rings in the throat of the racquet for increased string length that boosts power.

The O3 RG 165 racquet was rolled out in 2007, and this racquet was aptly named after the racquetball legend Ruben Gonzalez.

In fact, this was Gonzalez’s original signature racquet, so you know it’s a pretty great racquet.

These increase its aerodynamic performance, for faster swing speeds.

This lightweight racquet slices through the air with ease for sharper cleaner shots.

At the same time, the O-Ports strengthen the frame and stabilize it, providing a bigger sweet spot on the racquet head.

The customizable frame on this racquet allows players to adjust the Variable Dampening System to get various levels of string dampening and ball feedback.

Where to Buy Ektelon Racquetball Racquets?

If you need the assurance of a genuine Ektelon product, always buy from a reputable dealer.

There are plenty of Ektelon retailers and distributors, so you can easily find one that’s near you.

Simply go to the official Ektelon website, and you will see the prompt, “Find a Retailer.”

Follow this path, key in the required details, and voila! You’ll be directed to where you can buy Ektelon racquets and other products, either physically or online.

Is It Worth It to Buy Ektelon Racquetball Racquets In 2020?

Some brands start off with a fiery flame only to have that fire burn out with time, as newer and more innovative brands come along.

This has not been the case with Ektelon. The brand is just as good now, as it was 50 years ago, if not better.

As can be seen from their latest racquet, the New Ektelon ESP RG Toron, Ektelon still has a lot more to offer the world of racquetball. 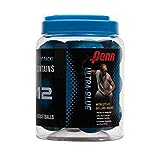