You can categorize the racquetball shots into service, offensive, and defensive types.

Service shots can be a drive, lob, pinch, and jam.

Once the ball gets into play after the service, you can play a combination of offensive and defensive shots to win the rally and save points from your opponent.

Z-Shot: One way of confusing your opponent is to play the Z-shot (ball travels in the same shape across the court after you hit it).

You have to hit the ball hard onto a sidewall. The volume of spin generated by the ball can make it almost impossible for your opponent to pick up or return the shot.

Down-the-Line:  down the line shot is when you hit the front wall low and hard with the ball. It should hit the floor and bounce more than once before crossing the service line.

Your opponent finds it very difficult to pick up the ball.

Cross-Court: Crosscourt passing shot I aimed at the center of the front wall. You should be located very close to one of the sidewalls while playing the shot.

The ball bounces once on the short line and crosses the receiving line. It bounces for the second time before your opponent can pick it up. 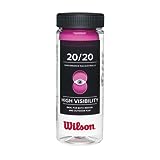 Pinch Shot: Racquetball pinch shot is played at a height of your knees around the encroachment-area. It I a forehand shot which you hit with maximum force.

One way of hitting is on the sidewall very close to the front wall. Next, it hits the front wall below the knee level and crosses the short-line. It bounces on the floor twice before crossing the receiving line.

Kill Shot: You have to hit the ball at a height of six inches or lower on the front wall. The angle should be sufficient to carry it across the short-line within the receiving zone.

Your opponent will find it very tough to pick up the ball and return.

Splat Shot: Splat shot looks very similar to the pinch shot. You have to hit the sidewall at a height of six inches or less. It hits the front wall and the opposite side wall.

You have to make sure it crosses the short line at a height below your knees. It is a difficult shot for the opponent and pick up and return.

Blast Shot: Blast shot hits the front wall and returns without touching the floor. It should hit the back wall directly and hit the floor within the receiving line at the court center.

It is a shot which generates maximum momentum to the ball. Your opponent may find it tough to pick up and return the shot before it bounces twice on the floor.

Ceiling Shot: You hit the ceiling at a position very close to the front wall. The ball should hit the front wall and then bounces through the midcourt.

Then the ball hits the floor again very close to the back wall with a low bounce. You can play this shot when the opponent hits a blast shot.

But you have to be really fast in picking up the ball before it bounces for the second time on the floor.

The ceiling shot can be hit with the forehand or the backhand. The shout should be played from low to high up.

If you can control the accuracy of the shot, it can give you defense against the most powerful shots like the blast and splat.

Lob Shot: You hit the lob shot from the distance of 15 feet from the front wall onto the back corner. The speed of the ball should be very low.

The ball should bounce at a low angle. Your opponent may be able to pick up the shot, but he won’t be able to hit an offensive shot.

Sidewall-Shot:  You hit the sidewall at an angle which makes the ball hit the front wall at a height below the knee height.

Then it hits the opposite sidewall and bounces towards the back wall. The speed of the ball slows down considerably before it reaches the short-line.

You can use a combination of offensive and defensive shots during the game.

Both the shots can earn you points while you are on the server.

They can prevent the opponent from scoring vital points when you are receiving the serve. Practicing the shots with a professional trainer can help you to master the shots to perfection.

Wilson 20/20 Racquetball (3 Ball Can), Pink
Check Price On Amazon
ON SALE!Bestseller No. 2